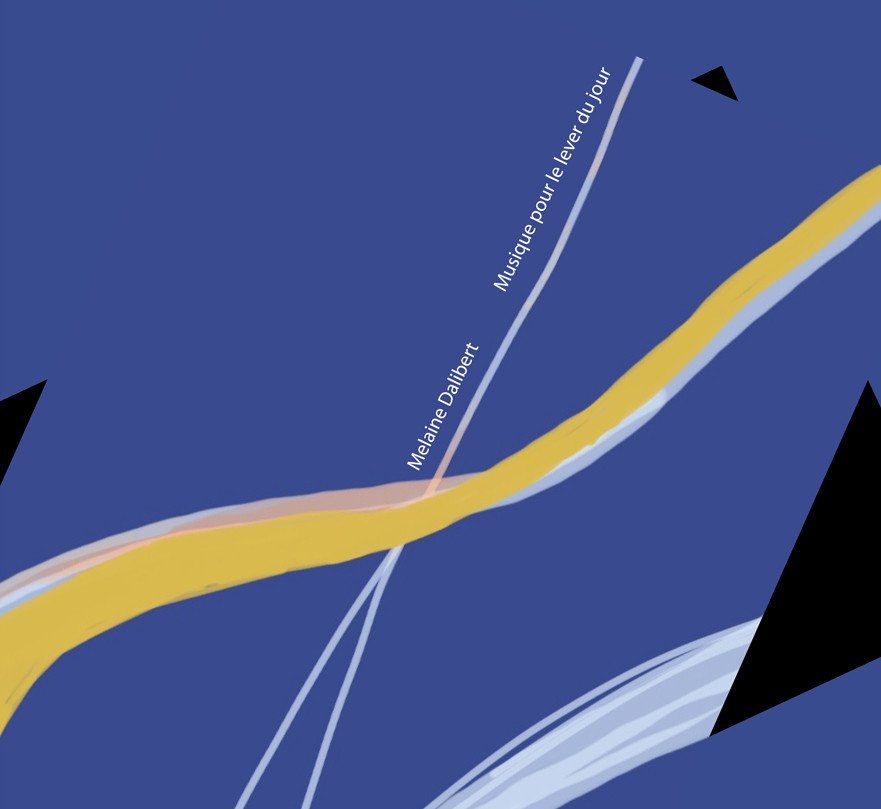 Melaine Dalibert (born 1979), a French composer/pianist, has been increasingly recognized for his compositional piano works as well as his interpretations of works by Gérard Pesson, Giuliano D’Angiolini, Tom Johnson, Peter Garland many others. Trained as a classical pianist in Rennes (where he teaches now), Dalibert studied a large repertoire of contemporary composers' works at the Paris Conservatories. Being involved with experimental music at a young age, Dalibert found a way to compose music through mathematical concepts.

Fascinated by natural phenomena which are both expected and unpredictable, and also inspired by the work of the Hungarian-born French media artist Véra Molnar, Dalibert has developed his own algorithmic procedures of composition which contain the notion of stretched time evoking Morton Feldman, minimal and introspective, adopting a unique concept of fractal series. His piano music has been released on two recordings to date: Quatre pièces pour piano, self-released in 2015, and Ressac, issued by Another Timbre in 2017.

'Musique pour le lever du jour' (the title meaning 'Music for The Daybreak') was composed by Dalibert over two years and completed in 2017, with the concept being an ‘endless piece’ with no beginning or no end. This one-hour piece adopts slow tempi, leaving meditative space for long resonances in which pentatonic coloring gradually modulate in all tones, resulting in complex layers of direct tones, overtones, and prolonged reverberation, all organically subliming into rich sonorities with incredible harmonic clarity.

I first came to know Melaine Dalibert’s compositions and piano performances when I listened to his recital at Daniel Goode's Loft in SoHo NYC in January 2018, when he played piano pieces by Peter Garland, Michael Vincent Waller and Dalibert, including his 2017 piece 'Musique pour le lever du jour' which is featured on this album.

When Dalibert opened the recital with Garland’s 1971 piece ‘The Days Run Away’, I was astonished by his distinct, vibrant piano tones which brought out the fullness of the music with an incredible depth of concentration and introspective serenity. Each individual note of the piano felt so vital and substantial, with profound dimensions created by the afterglow of each note, opening outward and inward simultaneously, rejuvenating Garland’s meditative masterpiece.

In his 'Musique pour le lever du jour', Dalibert used sustained pedals to create complex layers of resonances, which was mesmerizingly well composed - as if I were watching a mirage of a minimal abstract watercolor work gradually emerging in the room. Despite that there were numerous sounds occurring in resonances, blending together in the harmonies, there was no hint of cloudiness - the clarity was striking. I also loved the touch of human warmth I felt in his piano tones, which felt like it was faintly emanating out of the frame of clean minimalism. After I posted my review on the concert, Dalibert contacted me and told me that he was looking for a label to put out his 'Musique pour le lever du jour' - the very piece I loved during the concert and was hoping to hear again. It was coincidentally around the same time when I discovered Biliana Voutchkova and Michael Thieke’s ‘Blurred Music’ and was considering to start my own label, so I almost instantly agreed to include this piece, which has captivated my mind hauntingly, as the second release from my label.

recorded this piece at his home studio. I particularly love the warm, woody tones of his YAMAHA piano, in which I can feel the intimacy between the pianist and the piano that he developed during his career as a pianist and composer for the last twenty years, which seemed to add a special human touch and an organic feel to the sound here. We newly recorded the piece in this March for this album at a 24-bit rate with my engineer Taku Unami’s advice. The recording was fantastic, with the 24bits/96kHz master bringing out the subtle nuances of the translucent harmonies of the rich reverbs/overtones and the warmth of  piano fully, which feels close to what I heard and was amazed by during his live concert in NYC. (Yuko Zama)

Produced and design by Yuko Zama, artwork by David Sylvian. The single CD is a limited edition of 500. Besides CD format, digital HD FLAC 24/96 files are available on the label's website, as well as CDs and lossless files on Bandcamp.

recorded by Melaine Dalibert in Rennes, France in March 2018

mixed and mastered by Taku Unami

French pianist and composer Melaine Dalibert has gained attention for his performances of works by melodically oriented minimalists like Peter Garland and Michael Vincent Waller, but in the last couple of years his own compositions have been reaching a wider audience through his dazzling 2017 album on the British imprint Another Timbre, Ressac. Musique pour le lever du jour is his eagerly anticipated followup to Ressac, and like the pieces on that previous album, the hour-long titular work deploys algorithms as a structural tool, building what Dalibert calls “space-time blocks” to suggest the stretching and compression of time. The music also draws upon the unpredictability of the natural world, such as the way a drop of water triggers surprising ripples when it strikes a larger liquid body. This gorgeous epic unfolds slowly, with ringing overtones fusing but never muddying the foreground of the single-note patterns Dalibert continually spreads out. He considers it an “endless piece,” with no obvious beginning or end. Instead, the focus is placed upon how each delicate phrase follows the next, with lots of repetition and subtle phrase modifications producing a Morton Feldman-like splendor: restrained, ineffable, and gorgeous. In fact, it’s almost advisable to treat the performance as an immersive experience, savoring the unhurried melodic patterns and allowing the rich harmonic effects to wash over oneself as a kind of meditative bath.