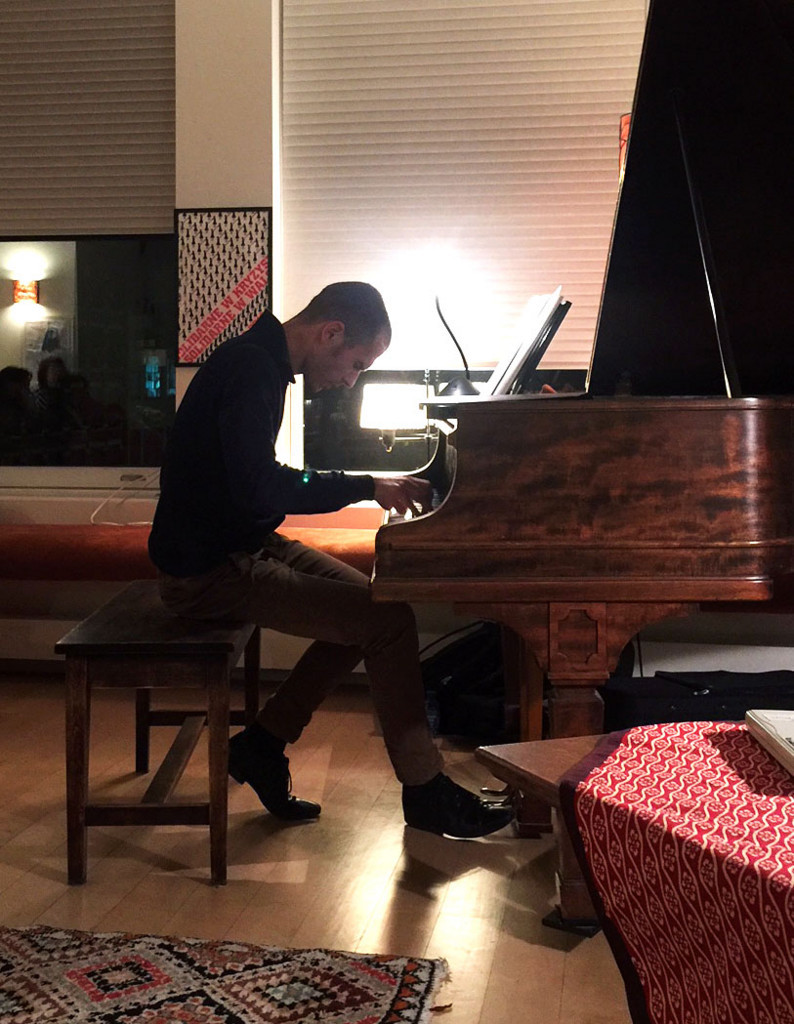 The concert opened with Peter Garland’s 1971 piece ‘The Days Run Away’. Melaine Dalibert’s piano touch is distinct and vibrant, bringing out the fullness of the music with an incredible depth of introspective concentration and calmness. Each individual note of the piano felt vital and substantial, with profound dimensions created by the afterglow of each sound, rejuvenating Garland’s meditative masterpiece.

Next piece was Michael Vincent Waller's 2017 composition 'Bounding'. This piece has a warmth and melancholy which faintly echoes that of Schubert, while the atmospheric, shadowy tones evoked the silent landscapes of Béla Tarr's black and white films. While having the straightforward aesthetics of Romantic music in his roots, Waller seems to pursue his own landscapes of music via his unique narrative and evocative soundings. Dalibert played this piece plainly but compellingly with a keen, insightful interpretation. 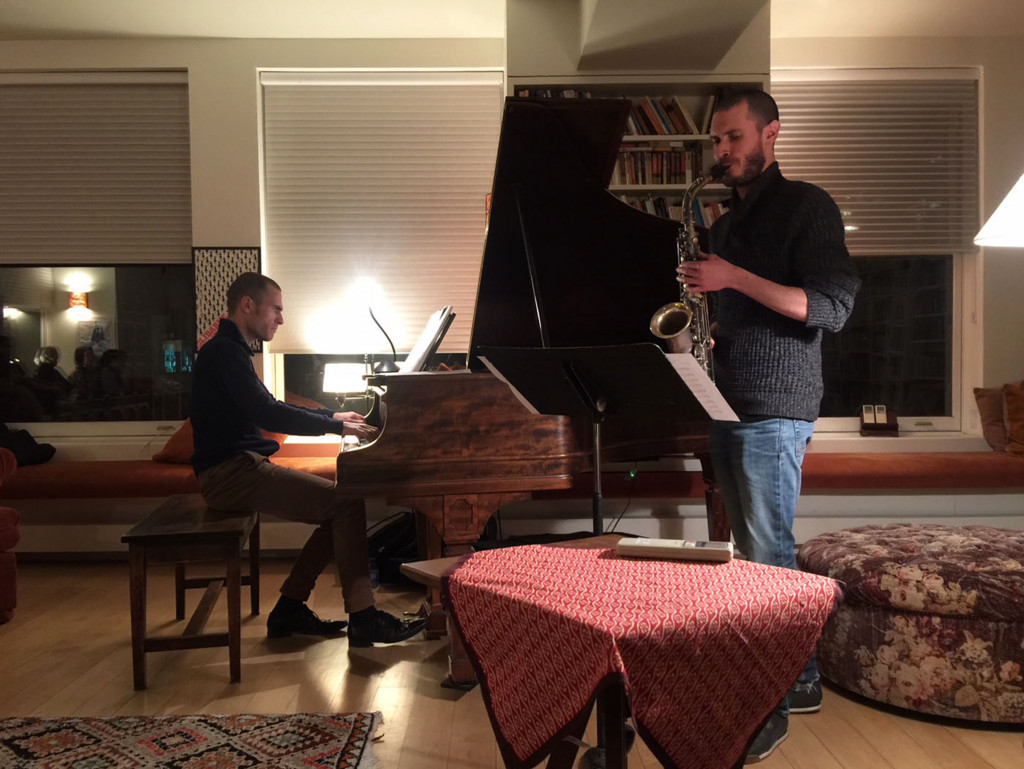 The last piece of the first half was Melaine Dalibert performing Waller’s 2018 piece 'Cyclone' written for alto saxophone and piano, featuring special guest Elie Dalibert. This composition was subtly layered with the piano part and the saxophone part overlapping organically. The result was a fantastic unity of the two different instruments, performed in perfect chemistry by the Dalibert brothers.

The last half opened with Melaine Dalibert performing four more of Waller's compositions written in 2017-18;  the first three of which were dedicated to the late Pauline Oliveros, Waller's late father and his late grandfather (both of them passed away in 2017), each conveying blissful moments of lights and happiness in memory of the loved ones, rather than shadows and sorrow. The innocent peacefulness of these pieces was touching, much more compelling than an intense expression of sadness of loss.

The next piece - Waller's 2018 composition 'Return from L.A.', consisting of four movements - was vibrant. The first movement began with high-pitched tones sparkling like Ravel's piano pieces. The dynamics were clear and sharp, organically changing rhythms and tempos, brightness and shadows, throughout the four movements.

The last pieces were Dalibert's 2017 compositions 'Musique pour le lever du jour' and 'Etude II'. In these pieces, Dalibert delivered complex layers of direct tones, overtones and prolonged reverberation using sustained pedals, to create incredibly rich sonorities. Despite that there were numerous sounds blending together, there was no hint of cloudiness - the clarity was striking. I bought his 2017 album ‘Ressac’ (another timbre) after the concert, which contains another breathtaking piece ‘Ressac’ composed by Dalibert in 2015 (highly recommended).

The acoustics of this room were fantastic, too. With some fabrics effectively placed in the corners of the space, the sound of the piano was not too bright or too muffled, a really nice, cozy and open atmosphere. 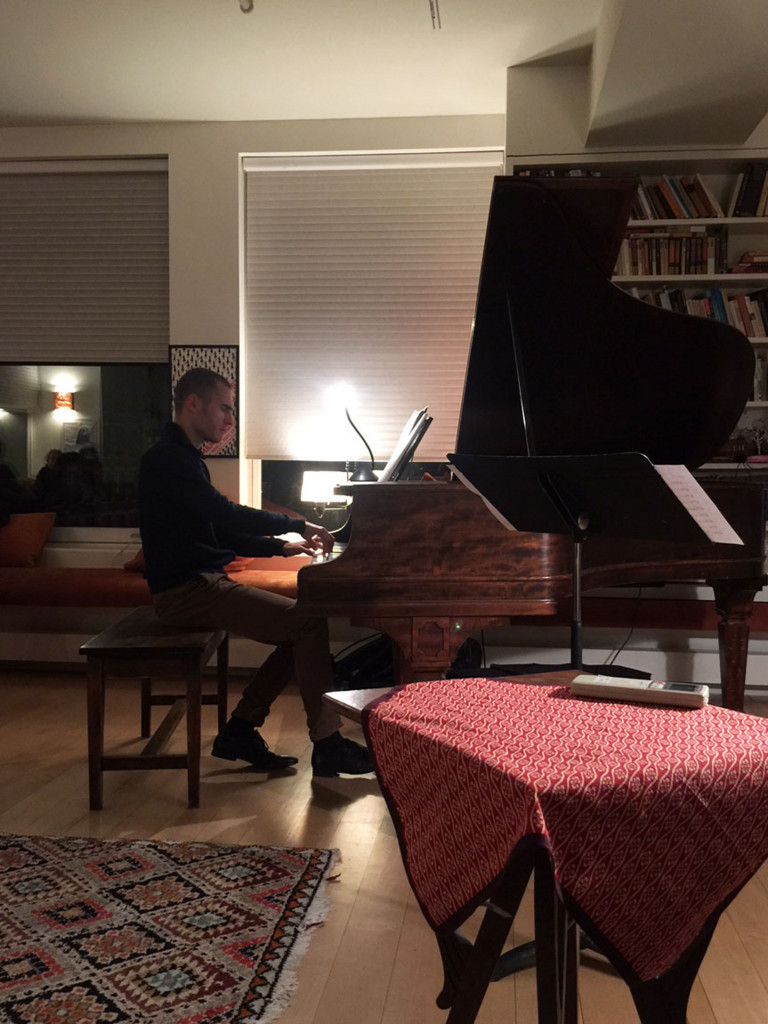