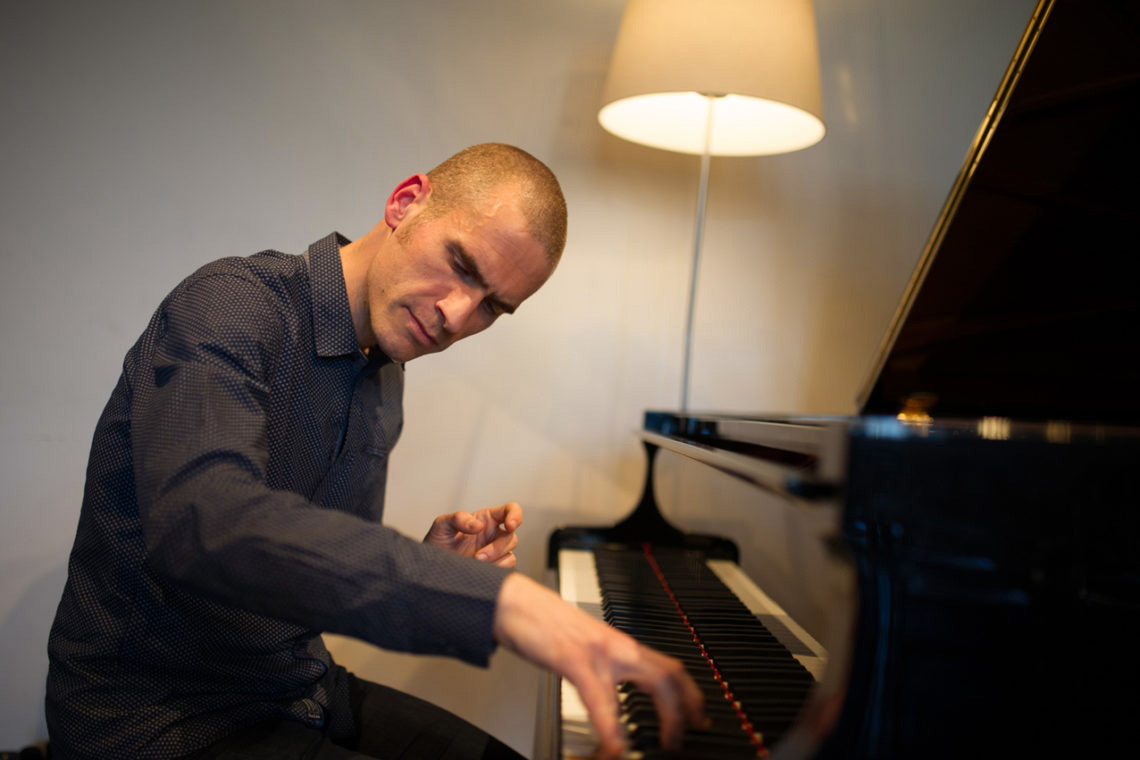 French composer/pianist Melaine Dalibert has released two remarkable solo piano albums on elsewhere music since 2018, with a third on the way. For these two CD release concerts, Dalibert will play some pieces from his recent albums: Anastassis Philippakopoulos: piano works (elsewhere 010) and his 2019 solo album Cheminant (elsewhere 007), and also some of his newest compositions, which will be included in his next solo album on elsewhere label for late 2020 release, as well as the works of Sébastien Roux and Michael Vincent Waller.

Melaine Dalibert (born 1979) has been increasingly recognized for his compositional piano works as well as his interpretations of works by Gérard Pesson, Giuliano D’Angiolini, Tom Johnson, Peter Garland, and many others. Trained as a classical pianist in Rennes (where he teaches now), Dalibert studied a large repertoire of contemporary composers' works at the Paris Conservatories. Being involved with experimental music at his young age, Dalibert found a way to compose music through mathematical concepts.

Fascinated by natural phenomena which are both expected and unpredictable, and also inspired by the work of the Hungarian-born French media artist Véra Molnar, Dalibert has developed his own algorithmic procedures of composition which contain the notion of stretched time evoking Morton Feldman, minimal and introspective, adopting a unique concept of fractal series. His piano music has been released on four CD recordings to date: Quatre pièces pour piano, self-released in 2015, Ressac (2017) on Another Timbre, Musique pour le lever du jour (2018) and Cheminant (2019) on elsewhere music. His next solo album with his newest compositions for solo piano is scheduled to be released on elsewhere music in autumn 2020.

Melaine Dalibert's CDs, including the upcoming CD Anastassis Philippakopoulos - piano works (elsewhere 010), will be available at the venues on both days.