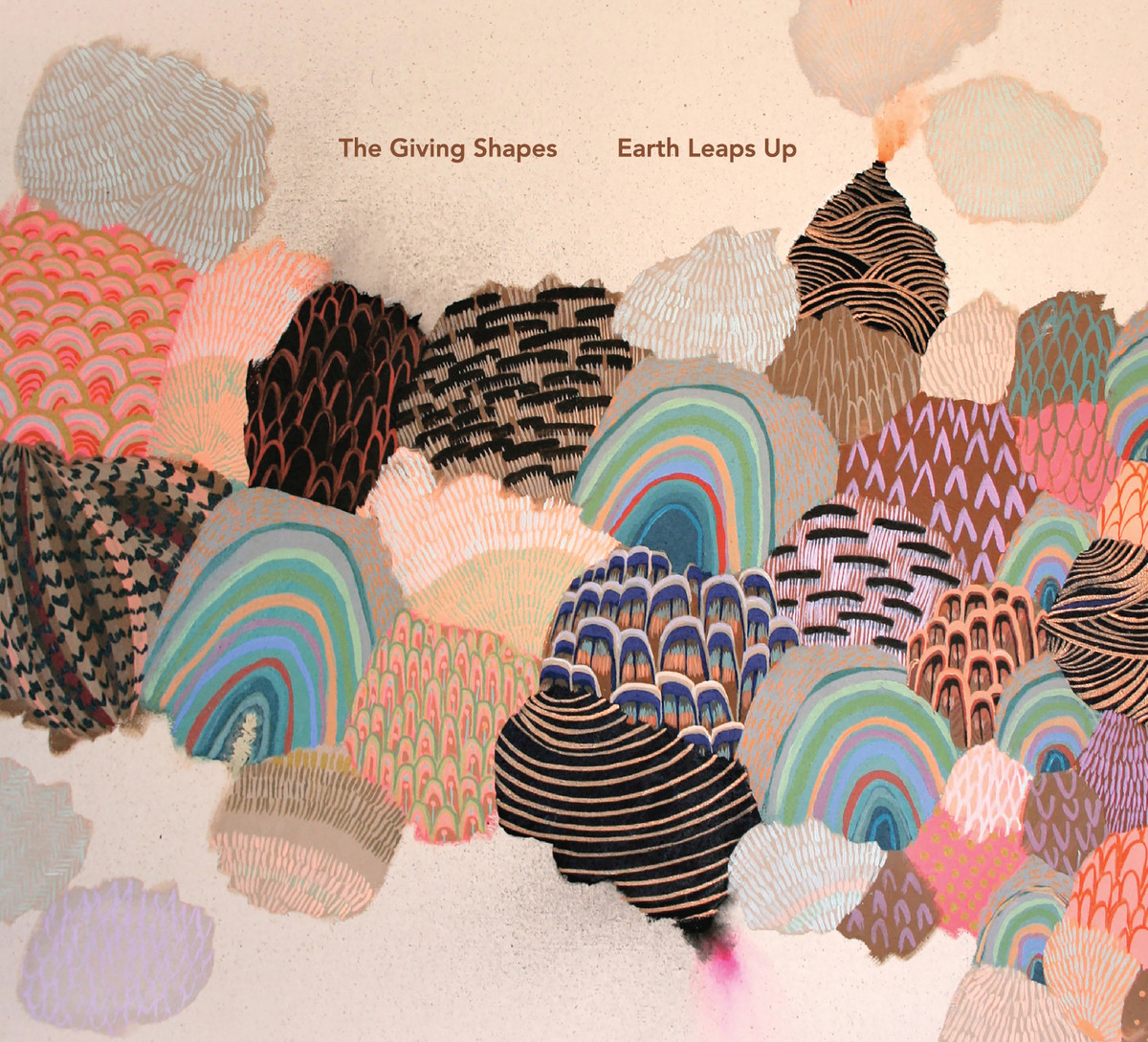 The Giving Shapes is a collaborative project between harpist/vocalist Elisa Thorn and pianist/vocalist Robyn Jacob that formed in fall 2017 at the Banff Centre for the Arts. This is the duo’s first release.

This project triangulates aspects of new music, creative music, and song-writing, combining their classical training and their involvement with the Canadian creative and indie music scenes. Though they originally met while both pursuing degrees in classical music at UBC in 2007, they share an interest in many musical styles. Their sound reflects broad influences from artists including Nico Muhly, Bjork, Jonny Greenwood, David Lang, and Caroline Shaw.

Thorn and Jacob are interested in merging the familiar with the new, and draw from their wide range of influences to create music that is honest. Their approach involves equal parts of intellect and feeling, pursuing both accessibility and experimentation equally. The process of songwriting varies from song to song, but usually one of them brings in a kernel, and the two develop parts together, parts on their own, then back to different possibilities together.
“The piano and the harp are a really interesting match because they are so related in timbre and function, but individual enough to offer each unique sound palate. The possibilities of blend, texture, and harmonic depth are really exciting. Robyn is an endless inspiration to me in all the things that she does. We have quite different approaches to writing (Robyn is more rhythm and pattern-based, whereas I am driven mostly by melody and harmony) so the collaborative writing process is really interesting and stimulating.” (Elisa Thorn)
"I like Elisa's integrity and devotion to her artwork, and her attitude in general as a musician and an artist. Also, it is a privilege to be able to make art with one of your best friends." (Robyn Jacob)
The Giving Shapes is a synthesis of their shared musical aesthetic and curiosity with their long-standing relationship as co-curators and presenters. Music from the duo’s projects has been featured in jazz festivals such as the Montreal and Toronto Jazz Festivals, new music festivals like Music on Main, and indie pop festivals including the Campbell Bay Music Festival.

The duo's sincere yet polished, cool yet warm, celestial yet humane approach towards sounds is integrated into a single intimate world of music with everything impeccably balanced. Thorn's and Jacob's ethereal voices convey subtle emotions, gently unfolding the narrative of their personal world into a unique space where the acoustic beauty of classical music and the accessibility of pop music humbly entwine around each other.

Elisa Thorn is a harpist, composer, and teacher based out of Vancouver, British Columbia.
“Thorn is poised to emerge as a radical harpist, composer, and interdisciplinary arts innovator” (Georgia Straight, 2015)
Since graduating from the UBC School of Music in 2011, Elisa Thorn has become a much sought after addition to the Canadian creative music scene, known for her skilled use of extended techniques, electronic effects, and unconventional uses of the harp. With the generous support of the British Columbia Arts Council she has studied composition with Dr. Lisa Cay Miller, music technology with Scott Morgan, and attended the International Workshop for Jazz and Creative Music at the Banff Center.
Her music, which combines influences of post-rock, jazz, classical and indie, is propelled by two artistic objectives: firstly, how to create music that is both abstract and accessible; and secondly, how to lead a band with harp in a way does not compromise sensitivity with its boldness, or aesthetic beauty with its curiosity. Interested in the intersection between composed and improvised music, she is involved with many projects including HUE, The Giving Shapes and Gentle Party, who released an album under the Phonometrograph label that was longer-listed for the Polaris Prize in 2017.
Her values in the community have led her towards work as a curator and presenter, and much like her artistic musical inquires as a music creator, her inquisitions as a presenter focuses on how to create accessibility of challenging and/or abstract art through intentional methods of presentation. She ran an experimental interdisciplinary concert series called Sound(e)scape from 2013-14, co-curates a bi-annual mixtape called Bitch Tapes that features womxn-identifying artists, and has been running an outdoor house concert series called Woodland Patio Series since 2014.
An avid collaborator, Elisa has worked with many diverse artists and has appeared on recordings from Tonye Aganaba, Mother Mother, Loscil, Khari McClleland, Foothills, and David Ward. In 2019 she enjoyed a tour of Japan with electronic artist Lief Hall, and will be in Stockholm in February 2020 to collaborate with the Like The Mind ensemble. She was recently selected for a residency with master artist Vijay Iyer at the Atlantic Center for the Arts in May 2020.
http://www.elisathorn.com/
Robyn Jacob is a pianist, singer, composer and educator who lives and works on the unceded territories of the Sḵwx̱wú7mesh, Musqueam and Tsleil-Waututh Nations. She has been defying categorization both in Canada and internationally with her avant-pop project Only A Visitor, and has self-released five albums including Tower Temporary (2015,) Lines (2017) and Technicolour Education (2019).
Committed to writing and performing avant-garde music, her recent composition projects explore writing for unusual ensembles, as well as collaborations with visual artists and instrument makers. She is currently the Emerging Composer in partnership with Chicago based Third Coast Percussion. As a music educator she believes in discovery through teaching, and learning through discovery, and has taught youth workshops on free improvisation and deep listening.
Since 2012 she has been part of the multi-disciplinary arts collective Publik Secrets, currently artists in residence at the Hadden Park Field House with the City of Vancouver. In 2013 she toured Bali with Gamelan Gita Asmara, and since then has been performing with Gamelan Bike Bike. For four years she hosted The Rib on CiTR 101.9FM, a show dedicated to the dissemination of local experimental musical talent. Robyn has received a Bachelo's degree in Music from the University of British Columbia, and has completed residencies at the Banff Centre for the Arts and Joya AiR in Spain. She has been teaching music and piano privately for over 10 years.
https://www.robynjacob.com/

We acknowledge the support of the Canada Council for the Arts.