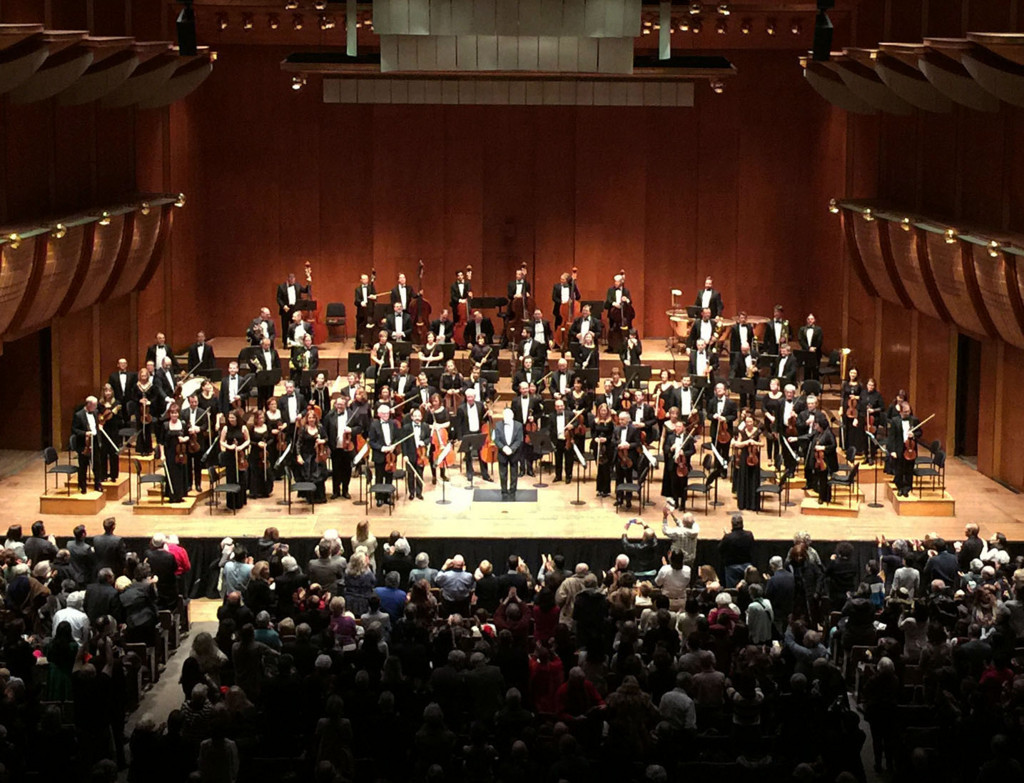 Last night, I saw the Budapest Festival Orchestra under Iván Fischer performing Bach: Orchestral Suite No. 2 in B minor, Beethoven: Piano Concerto No. 3 in C minor, and Rachmaninoff: Symphony No. 2 in E minor. It was magnificent.

I love the cloudless sounds, clear-cut precision and perfectly timed rhythms of Iván Fischer's conducting. (I am a big fan of his Mahler recordings.) Last night at the Lincoln Center, the Budapest Festival Orchestra responded to Fischer with a superb sensitivity and a stunningly wide dynamic range of expressions, from the extremely soft, quiet pianissimo to the dynamic outburst of tutti (both of which I think are crucial to play Rachmaninoff). The orchestra's sounds are straightforward and clean with no excessive colors, evoking the clear water of an unspoiled lake deep in the forest. The clarity of the sounds and the rich, deep reverb of the strings reminded me of the masterful skills of the Cleveland Orchestra, and each section of instruments closely communicated with each other with the intimacy of a chamber ensemble, which reminded me of the perfect chemistry among musicians of the Munich Philharmonic. (These are two of my favorite orchestras in the world.)

The first piece, Bach: Orchestral Suite No. 2 in B minor, began with a rather quiet, reserved manner, performed by an ensemble of seven musicians under Fischer. I liked the understated expressions of the ensemble - it felt like a clean wind quietly blowing through the hall, with no heaviness attached. The lightness of the ensemble’s sounds gradually developed into a more vivid, brisk, clearer sounds toward the end. The gradual transition of the sound texture was refreshing, creating a narrative flow of the music in a very subtle manner. 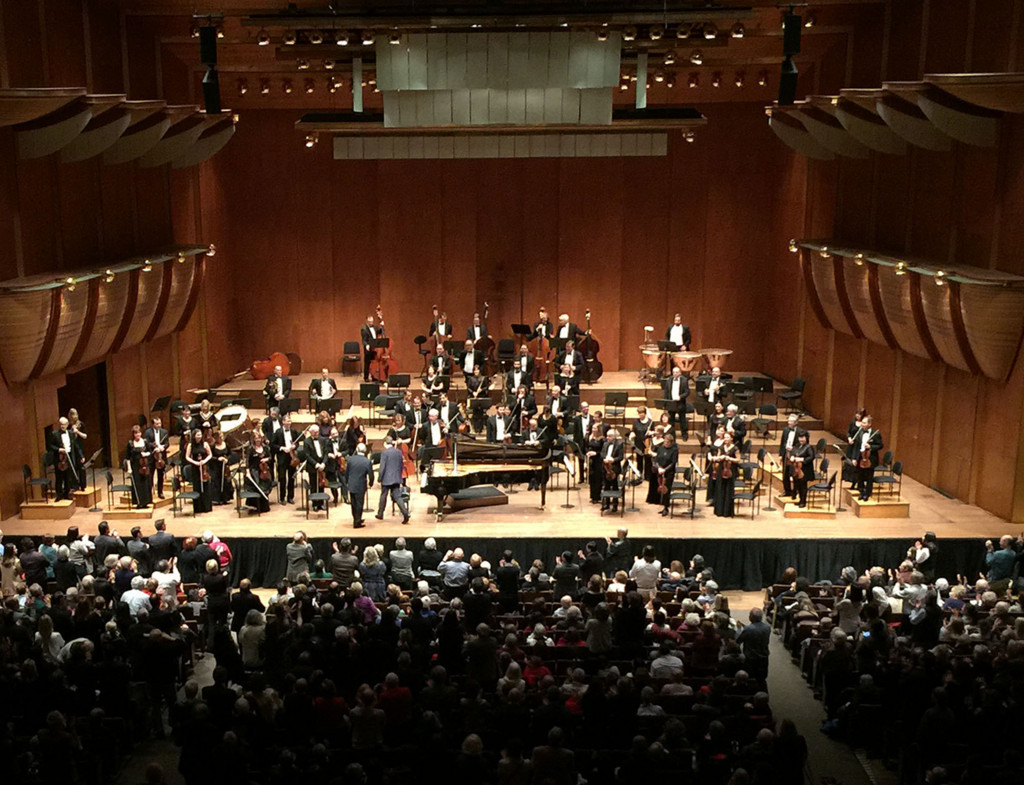 The next piece was Beethoven: Piano Concerto No. 3 in C minor, performed by Hungarian pianist Dénes Várjon. I have not heard his name before this concert, but his piano on this Beethoven piece was exquisite. While maintaining crystal-clear tones and confident touch throughout the piece, Várjon showed a wide range of expression with keen attention to the sounds, especially to the pianissimo in the slow movement. The chemistry between Várjon and the orchestra was so natural and perfect that the sounds of the piano blended into the orchestra flawlessly in every moment when they merged.

The last piece was Rachmaninoff: Symphony No. 2 in E minor performed by the full orchestra. It is rare to see Rachmaninoff pieces listed in concert programs these days, and in fact, it was the first time I listened to Rachmaninoff in a live concert. I am so glad that it was performed by this orchestra, since they have a perfect balance between rustic earthiness and clear, refined sounds, both of which are (to me) very important for Rachmaninoff's pieces, blending two contradictory natures.

But the most remarkable thing about the Budapest Festival Orchestra was the organic flow of music which Fischer created carefully and unpretentiously, to make the music move as naturally as the wind. The tempo of each piece was rather slow, not accentuating highlights so dramatically (and some audience members might have felt it was too plain), but I found the naturalness of this flow beautifully tasteful.

For an encore, they played Rachmaninoff's Vocalise No.14, Op.34, with half of the string musicians standing and singing vocalise while the rest were playing their instruments. Their voices were not as refined as real singers, but the simple, earthy voices filled the hall with a rustic tranquility. I have almost never seen a big-name orchestra like them revealing such fragile moments on stage, but it was refreshing, as if we were hearing their inner voices telling us how much they genuinely love music, just like we do. 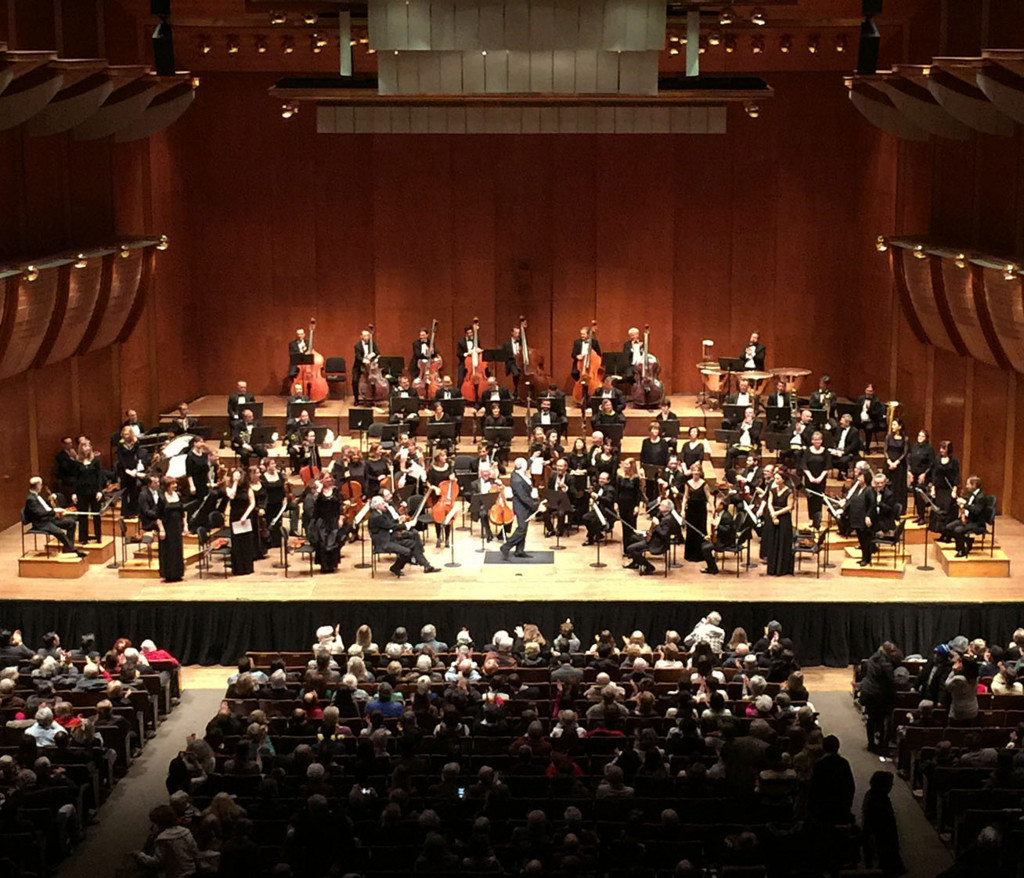