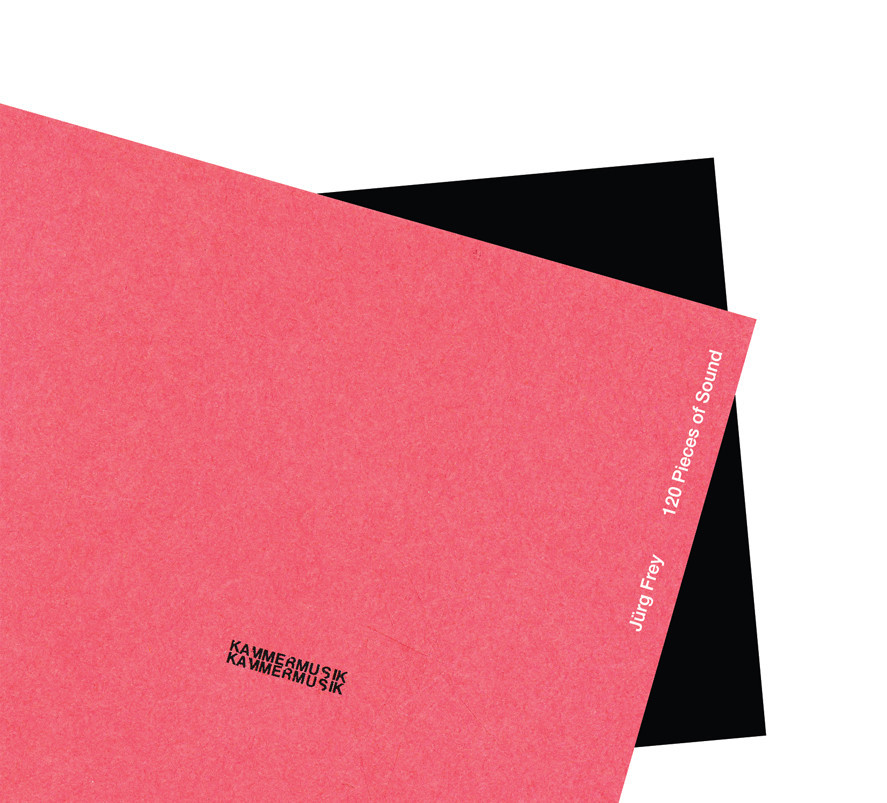 Jürg Frey’s unique compositional approach places him at the cutting edge of contemporary classical music while simultaneously maintaining a touch of impressionistic/romantic aesthetics in its roots. Since the late 90's, Frey started to work with 'lists' as a basis of his compositions, sometimes words, sometimes chords, from which he developed and organized the musical materials. In recent years, Frey's focus on 'lists' has extended more toward the connections of items with each other, forming melodies.

Frey composed 60 Pieces of Sound in 2009, for an indefinite number of musicians; with two instruments that play the pitches as written in the score forming a two-part melody, and an open instrumentation part for any instrument(s) or sound maker(s) as 'the third voice.' Each of the 60 chords played by the ensemble is followed by a similar duration of silence. In November 2017, Frey and the Boston-based ensemble Ordinary (Laura Cetilia, Morgan Evans-Weiler, J.P.A. Falzone, Luke Martin) performed '60 Pieces of Sound' as a part of their concert series in New England, and made a recording of this piece at Wesleyan University.

In this recording, Frey's clarinet and cello played the pitches in the two-part melody while the rest played the open instrumentation part with undetermined sounds. The resulting music was a unique series of harmonies created by open instrumental sounds with a faintly recognizable melody hidden in the core of the ensemble's evenly tempered sounds. The impressions of the chords move along at the edge of consonance and dissonance with the afterglows of each chord in the subsequent silence, hovering somewhere between meditative calmness and disquieting while bringing an organic warmth and a feeling of breathable open air into a minimal musical structure.

In this 40-minute piece 'L’âme est sans retenue II', the similar duration of the sounds and silences alternate with each other like in '60 Pieces of Sound’. For this piece, Frey first edited the field recording parts and later added his bass clarinet sound with a certain pitch to every part as an underlying tone that would blend with the field recordings. Frey's bass clarinet is discreet and almost unrecognizable here, often hidden under the complex layers of the field recordings, and yet clarifying the harmonization of the field recordings from inside. These two pieces were not actually directly connected to each other, but presenting these two pieces '60 Pieces of Sound' and 'L’âme est sans retenue II' back to back on this album brings out the fundamental aesthetic of Frey's compositions in regards to how he approaches the ‘harmonization’ and ‘openness’ of the music.

Jürg Frey was born in Aarau in 1953. After studying at the Conservatoire de Musique de Geneve in Thomas Friedli’s solo class, he began a career as a , but his activities as soon came to the foreground. He developed his own language as a composer and sound artist with the creation of wide, quiet sound spaces. His work is marked by an elementary - of sound, a sensibility for the qualities of the material, and precision of approach. Sometimes his compositions bypass instrumentation and duration altogether and touch on aspects of sound art. He has worked with compositional series, as well as with language and text. Some of these activities appear in small editions or as artist’s books as individual items and small editions. (Edition Howeg, Zurich; , Berlin; , Berlin). His music and recordings are published by Edition Wandelweiser. He has been invited to workshops as visiting composer and for composer portraits at the Universität der Künste Berlin, the Universität Dortmund and several times at Northwestern University and CalArts.

Jürg Frey is a member of the Wandelweiser Komponisten Ensemble which has presented concerts for more than 15 years in Europe, North America and Japan. Frey lives with his family in Aarau (Switzerland), teaches clarinet, and organizes the concert series moments as a forum for contemporary music.

Ordinary is an experimental music ensemble based in Boston. Experimental composers and performers J.P.A. Falzone, Laura , Luke Martin, and Morgan Evans-Weiler make-up the ensemble, performing on piano/organ, cello, violin, and no-input mixer/objects (respectively). The ensemble was formed as a group of musicians seeking to workshop, explore, commission, and perform experimental music. While the group often focuses on the performance of written compositions, it also serves as a laboratory for improvisation and the compositions of its members. The collaborative nature of the mission ensures a group that is always in flux; instrumentation is open, always changing, and dependent on the project, concert, and membership.

Ordinary Affects has commissioned and premiered pieces by Michael Pisaro, Antoine Beuger, Sarah Hughes, Eva-Maria Houben, and Ryoko Akama, in addition to performing a number of other composers’ works including those by Joseph Kurdika, John Lely, and all members of the ensemble (, Martin, Evans-Weiler, and Falzone).