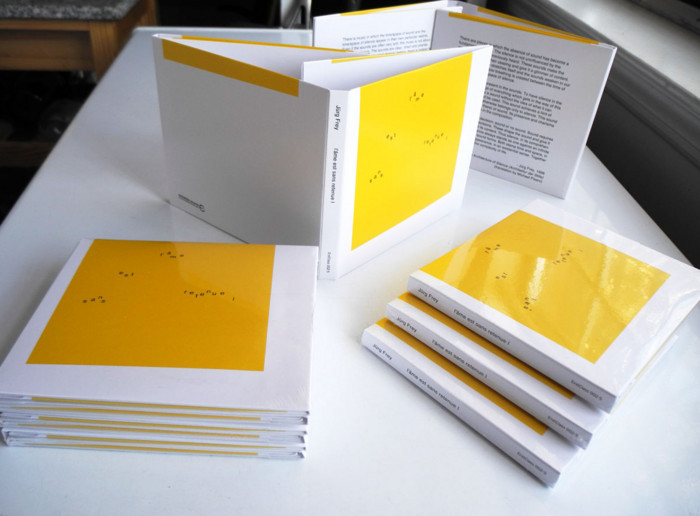 Jürg Frey's L'ame est sans retenue I (ErstClass 002-5) is officially released from Erstwhile Records today (10/6). This is so far my favorite package I have ever designed. The cover art was inspired by Jürg Frey's first composition/artwork Stück (1975) #36, which has the same design except with a German sentence instead of the French title of this 5 CDs. (You can see Jürg's original artwork here.) 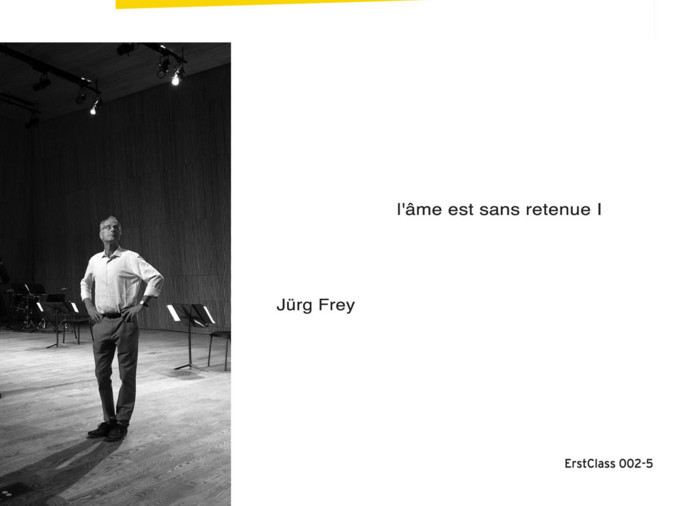 Swiss composer Jürg Frey's six hour long electronic tape piece L'ame est sans retenue I was recorded and assembled in 1997/98 and is now being released for the first time. It is the longest piece Frey has ever composed in his over 40 year career.

In this piece, Frey utilized the sounds of field recordings he made in Berlin in 1997 as the source materials, alternately inserted between long stretches of silence. Frey was particularly focusing around that time on how the dynamic relation between sound and silence can affect our perception of the silence in a frame of space and time. By using the environmental sounds of field recordings and silence as materials, which was an unusual method of composing music at that time, Frey created a subtle but captivating flow over the six hours in which nearly imperceptible pitches, rhythms, dynamics, textures, overtone - all emanating from the natural environment - are faintly consonant with each other. “It’s about how ‘normal’, ‘regular’ things are transformed - by the work of composing, by decisions, by intuition, by the ear - to an art work.” (Jürg Frey)

The title “L'ame est sans retenue I” is a quotation of a single, isolated sentence from French poet and writer Edmond Jabès’s book Désir d'un commencement, Angoisse d'une seule fin (Desire for a Beginning, Dread of One Single End). The simple clear-cut structure and slightly enigmatic, ambiguous air of Frey’s L'ame est sans retenue I echo with the world of Jabès’s book, in which a large portion of white space (silence) is distinctly present between blocks of sentences and a list of evocative keywords create introspective, silent, distant atmosphere.