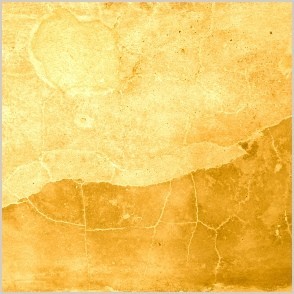 I have been particularly fascinated with piano sounds since I was a young child. However, at the same time, I have always felt some sort of tightness in most of the piano performances I have heard in the past. I did not know why I felt that way until recently, when I realized that what slightly bothered me was something to do with the composer's or the performer's particular color directly attached to the piano sounds. The rather solid and vertical impression of the appearance of a piano sound, and the way it vibrates when resonating, tends to be easily in tune with the composer and the performer's strong statements or artistic vibrations. But of course, a majority of music listeners prefer the opposite way - to appreciate the distinctive colors (or personalities) of the composers and performers in piano pieces as one of the main purposes of their music listening (and perhaps that is supposed to be the common way to listen to music in a conventional sense). But for some reason, I often felt a little uncomfortable with that, regardless of how deeply I was moved by the music.

Michael Pisaro's piano pieces have never made me feel that way. His piano compositions contain a feeling of freedom, and have no particular color of the composer or the performer attached to the sounds. Instead of confining a listener within a small individual universe of the composer or the performer, Pisaro's piano pieces seem to take the listener to another dimension or another space - with some mystic power of induction, beyond the limited space that the solid, vertical texture of the piano sounds generally tend to create. In Pisaro's piano pieces, the composer and performer's personal voices are not on the center stage. Instead, the landscape of the piece that is woven with elastic time and space becomes a leading part, given a new life by means of the performer's piano sounds, and begins to breathe like a vital organism. The landscape becomes music.

Michael Pisaro's 'Fields Have Ears', just released from Another Timbre this November, consists of Pisaro's three compositions, each featuring piano. The first track, 'Fields Have Ears 1', a 20-minute piece composed for piano and tape in 2008, consisting of a piano, field recordings, sine tones and noises. The piece starts with Pisaro's field recordings of some peaceful nature scene with chirps of birds, distant low-key sounds of a landscape, muffled noises of airplanes over the clouds, with quiet hiss noises from tape underneath. In the midst of this calm, horizontal soundscape, Philip Thomas plays piano tones one by one, slowly forming a lyrical melody like gently dropping watercolors in tranquil water - with thoughtfulness for leaving each color as pure as possible without causing a chaotic cloud. While containing a firm core in each note, Thomas' piano sounds are never too hard nor too soft, and seem to be blended into the field recordings with remarkable naturalness like a wind, as if they are gradually stretching the landscape to many directions. When the piano stops and a silence prevails in the middle of the piece, the sounds of the fields - the rhythmical chirps of the bird and the continuous low-key sounds of the distant landscape - start to feel as if they have imperceptibly become crucial parts of the music. The quiet piano sounds and their long resonances, combined with the ample time of contemplative silences, seem to affect how the flow of time is perceived and impart an infinite profoundness to the music.

Thomas' piano playing seems to have a silent power to draw a listener into the landscape of the music before he/she knows. Breathing together with the landscape, his pure, delicate piano tones gradually penetrate deep into the listener's mind, without impetuousness to cut through the landscape with a sharp edge, or forcefulness to try to move the music forward. While listening to his piano amongst the field recording sounds, I found myself being deeply involved in the soundscape that was woven with somehow unrealistic senses of time and space. The stillness of the power in this piece makes an impressive contrast with the dynamic power in Pisaro's 'July Mountain' in which the thick layers of various soundscapes intertwined with percussion sounds grab the listener into the music instantly and intensely, while both of the pieces involved similar field recording sounds.

The second track 'Fade' is a 20-minute piece composed for solo piano in 2000. This is a very simple piece, in which Philip Thomas plays a single piano tone several times with a lengthy silence in between. The volume of the piano tones slowly diminishes over the course of each sequence. The pattern of the sequence is repeated with different pitches and a different number of keystrokes each time, followed by a silence of different length. Sometimes, the single tone is layered with another tone during the sequence. In spite of this simple structure in which just single piano tones and silences are repeated alternately, there is a strong, silent magnetic power, pulling the listener gradually into the music. The way each piano tone fades, one after another, while overlapping its long resonance subtly toward the fade-out ending of each sequence, creates a surreal sense of a changing distance as if the landscape I am watching in front of me is slowly receding.

The silence between each sequence of piano sounds seems to contain some sort of extraordinary pureness of the air - which evokes in me the solemn clean air after hearing the midnight temple bells on New Year's Eve in Japan. In the depth of the contemplative silence, time feels stopped momentarily. As time goes by while the piano tones are played repeatedly, the memories of the previous piano tones are gradually piling up in my brain, just like snowflakes pile up slowly, making each silence feel even thicker.

The third track 'Fields Have Ears 4' was composed in 2009 originally for four performers but realized by an ensemble of 14 performers in this piece, including Philip Thomas (piano), Patrick Farmer (natural objects), Sarah Hughes (zither) and Dominic Lash (double bass). The ensemble starts to play after 30 seconds of silence, making various sounds and noises for 40 seconds, and then pauses for 20 seconds. After the pause, another sequence is repeated with a slightly different combination of musicians for a different duration, followed with a different length of pause. This sequence is repeated 17 times in 27 minutes in the whole piece, with the duration of each sequence ranging from 5 to 150 seconds, and the duration of each pause ranging from 5 to 60 seconds.

Even though there are 14 instruments and tools involved in this piece - piano, natural objects, zither, double bass, laptop, conical blow horn, slide whistle, spring drum, trumpet, cymbal, melodica, cello, frog guero and clarinet, the resulting sounds from the whole ensemble are incredibly delicate and quiet. Even when a different combination of the musicians starts to play, the tone and the volume of the whole sounds are consistently sustained at the same level - with the obscurity of a hidden stream of underground water, containing complex subtle nuances from different instruments at the same time. The mystic atmosphere of the soundscape reminds me of Robert Ashley's 'Automatic Writing' where reality and unreality seem to cross over. The whole body of the sounds, which resembles the sounds of fields, is so perfectly fused together that it starts to feel as if they have one life. With great subtlety and discreetness, the ensemble's sounds gradually seem to become transparent like the wind or the subtle moves of air, which emphasizes the intense presence of each silence. The surreal feel of inversion between sounds and silences - as if the sky and the ground were flipped - is an impressive characteristic of this piece.

As the CD title seems to hint, the landscapes (field recordings and silences) in these three pieces seem to be given life like a living organism, while the performers stay behind the landscapes as if they became parts of the scenes. Not like conventional pieces in which the performer takes the main role and the landscape becomes a background, the boundary between two distinct positions - performers and the landscape - becomes vague in these pieces, and sometimes their positions are flipped. It is very interesting to observe how all the elements - performed sounds, silences, field recording sounds, and hiss noises from tape - start to form one landscape where every element is equally present to breathe together. Philip Thomas' and the ensemble's performances on this CD are both brilliant. They have succeeded in expressing the elastic feel of time and space and mystic nuances of Pisaro's compositions with extremely delicate touches and thoughtfully restrained expressions that have never gone too far. The careful work in sound engineering by the label owner Simon Reynell is remarkable, too - it brings out the simple beauty of each piece in a natural manner. This is a CD that may not leave you with a vivid impact during the first listen, but will pull you into the music as you listen to it repeatedly – gradually seeping into your subconsciousness with a silent, strong magnetism.