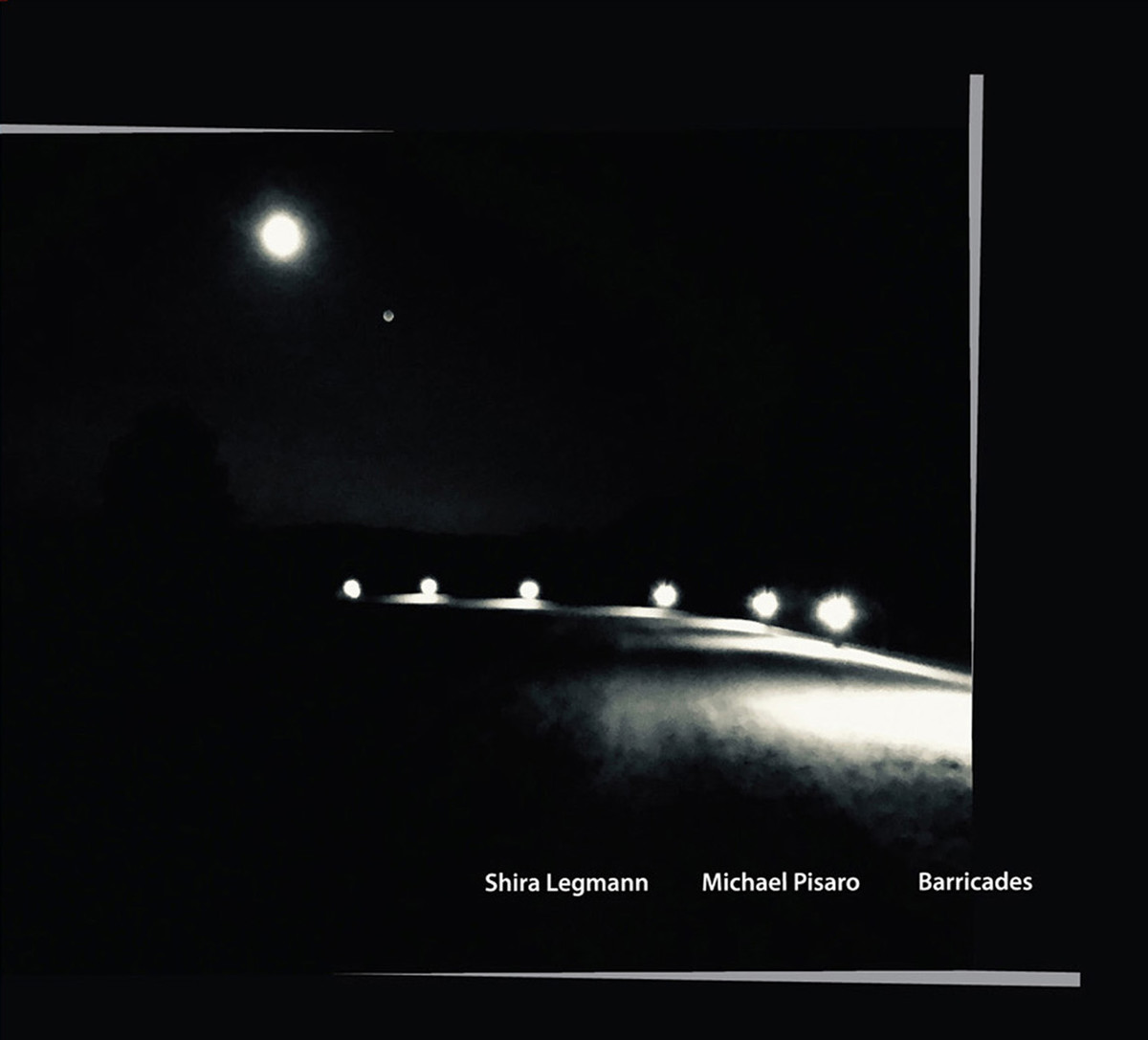 This album contains LA-based composer Michael Pisaro's recent composition 'Barricades,' a 63-minute piece for piano and electronics. Consisting of thirteen studies (piano pieces, some with electronics) and two electronic interludes, the piece is performed by Israel-based pianist Shira Legmann, with Pisaro on electronics.

"Barricades has a distant but decisive relationship to the keyboard music of Louis and François Couperin. The title refers to 'Les Barricades Mystérieuses' by François Couperin – and to the technique of overlapping, interlocking voices, creating a thicket or web-like texture. I have loved the music of the Couperins since college, but it was when Shira sent me some of her favorite music to play, and 'Les Barricades Mystérieuses' was among the scores, that the idea for this piece began to crystallize. The process of writing and working on the piece with Shira was one of watching the barricades, which I pictured as a network of twisted vines, unravel." (Michael Pisaro)

Legmann's clean, supple yet solid piano sounds, employing a wide dynamic range, add a sense of organic life to the composition. Her whispery nuances and mysterious atmosphere, intertwining with Pisaro's underlying sine tones, create a compelling balance between coolness and emotion, distance and closeness, and result in a tranquil yet captivating contemporary work with an echo of the French Baroque.

​Shira Legmann (born 1981 in Aachen, Germany) is an Israel-based concert pianist devoted to classical and experimental new music. Legmann is also a co-artistic director and member of Musica Nova Ensemble, Tel Aviv, a unique collective comprised of musicians and sound artists. Her activity expands to the fields of improvisation, composing, and the curating of concerts.

Aside from being dedicated to performance, Legmann is passionate about interdisciplinary creation. Among her recent projects are: 'Please act naturally', a cinematographic adaptation to a Graphic Novel, 'is-slottet', a chamber poem for choral painter and ensemble, and 'Jerusalem my highest bliss', a chamber piece based on Paul Klee’s diary drawing.

Michael Pisaro (born 1961 in Buffalo, New York) is a guitarist and composer and a member of the Wandelweiser collective. While, like other members of Wandelweiser, Pisaro is known for pieces of long duration with periods of silence. In the past fifteen years his work has branched out in many directions, including work with field recording, electronics, improvisation, and large ensembles of very different kinds of instrumental constitution.

Pisaro has a long-standing collaboration with percussionist Greg Stuart, with over thirty collaborations (pieces and recordings) to date, including their 3-disc set,Continuum Unbound from 2014 and a new piece for amplified percussion and orchestra (to be premiered by the La Jolla Symphony in February, 2020).
Recordings of his work have been released by Edition Wandelweiser Records, Erstwhile Records, New World Records, Hubro, Potlatch, Another Timbre, meena/ftarri, Senufo Editions, Intonema, winds measure, HEM Berlin, and on Pisaro's own imprint, Gravity Wave.

Pisaro teaches composition and experimental music at the California Institute of the Arts.

recorded by Michael Pisaro at The Wild Beast (CalArts, Valencia, California) in March-April, 2019

mixed and mastered by Michael Pisaro

with special thanks to Fred Tauber & the Avaloch Farm Music Institute