The vivid contrast between sound and silence brings out the purest form of sound, affecting the gravity in music 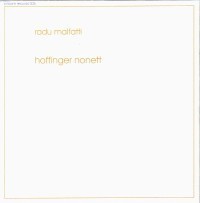 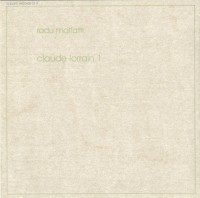 In Radu Malfatti’s compositions, the contrast between sound and silence is sharp. In many of his works, continuous monotonic sounds are repeatedly played, separated by various lengths of silence. The performed sounds are often very simple and blank, without any attachment of emotion or expression. In his 2007 release Hoffinger Nonett and his 2008 release Claude Lorrain 1, Malfatti’s electronic sounds alternate with silences in simple repetitions, sometimes in turn, sometimes overlapping. In these pieces, the contrast between sounds and silences portrays the different texture of each clearly – the vibration, massiveness and thickness of sounds, and the stillness, emptiness and nothingness of silences, are both accentuated.

This tension between sound and silence, evoking the contrast between light and shadow of monochrome photographs, is Malfatti’s signature. The clear-cut blankness between sound and silence, recognized in some of Jürg Frey’s works like ohne titel (two violinen), is even more highlighted and focused in Malfatti’s works. While Antoine Beuger and Jürg Frey try to blur the border between sound and silence, Malfatti tries to make the borders stand out. In Malfatti’s compositions, the various textures of sounds and silences are the major element, unlike the conventional way of composing music with musical sounds. His music often reminds me of a minimal art work – like a plain stone-shaped object placed in the middle of an empty gallery room – which has a quiet yet tremendous power to affect the whole space with its substantial presence, as if it was able to change the force of gravity in the room. 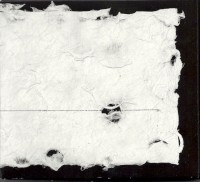 When I was listening to Malfatti’s piece nariyamu (performed by Malfatti and Keith Rowe) in a studio recording session in Vienna in 2010, a short and subtle click sound, which Malfatti made by lightly tapping his trombone with his finger tip after a long period of silence, sounded as if it was the very first sound I heard after I was born. The freshness and the vividness of this click left me with an unforgettable impact, which changed my preconceived ideas regarding sounds completely, enabling me to further open my ears to listen to sound in its purest form.

During the recording sessions in Vienna, Radu Malfatti said something very interesting: In general, people tend to acquire various small habits and tendencies in their daily lives, and in many cases, they do not realize that they are repeating the same behaviors every day. For example, there is a certain order of events when a person brushes their teeth, like which part of the teeth they begin with. Malfatti said, once he realizes that he has some habits or tendencies in his daily life like that, he intentionally tries to change the order from what he used to do normally. In this way, he tries to ‘reset’ his habits and tendencies that were piled up every day without being consciously aware. This idea has a parallel in improvisation. Improvisers choose what to play from an unlimited range of options and possibilities. But over the course of many performances, it is easy to subconsciously acquire some certain habits and tendencies. This can result from a musician’s mindset to try to create the most comfortable situation where he/she can best express his/her ‘voice’ or originality. 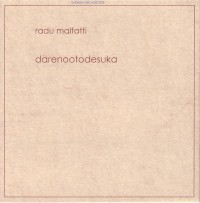 The pureness of sounds can be easily clouded by a musician’s individuality, which can overshadow the music with a strong statement or emotion or tendency. When this happens, the world of music is narrowed and limited to the musician’s own small sphere, which can fade as time goes by due to its narrowness. What Malfatti seems to want to achieve is to clear this cloud away. By attempting to minimize the performers’ expressions or tendencies, his goal is to create the clearest air or the environment for the sounds to be born in the purest form. This approach can be seen in his 2012 release darenootodesuka. The CD title darenootodesuka means ‘whose sound is it?’ In fact, the borders between all the performers’ sounds in this piece are very ambiguous. The listener is suggested to play the CD ‘very quietly’ according to the liner notes. Here, the six performers – Antoine Beuger (flute), Jürg Frey (clarinet), Marcus Kaiser (cello), Michael Pisaro (guitar), Burkhard Schlothauer (violin) and Malfatti (trombone), play sounds very quietly and very slowly, as if they were trying to dissolve their individualities into the environment. Their sounds are all unified in a simple, similar tone color – like pale gray, evoking in me a calm wind blowing through an uninhabited landscape. This simplicity, where no performer’s strong individualities are demonstrated, imparts a serene beauty to this piece.

Malfatti’s musical background is quite different from the other Wandelweiser composers who have classical music backgrounds and have been strongly influenced by John Cage. Malfatti’s initial interest was playing jazz. Then his interest shifted to free improvisation and he played in the European free improvisation scene until the early 90’s. Malfatti said in his interview for ErstWords that he had a strong rejection against the idiomatic tendency of improvised music at some point (in 1989 precisely), and started to compose his music to liberate himself from mannerisms. Since then, Malfatti seems to have been pursuing the purity of sound that was often lost in the excessive display of the performers’ individualities in improvised music, presenting the simplest aspect of sound on a white canvas of silence via his compositions.

Malfatti’s focus has mostly been on his composed work for the past two decades, but he still occasionally improvises with a handful of his closest collaborators. As an improviser, Malfatti has an extraordinary keen sensitivity for reading a situation, hearing silences and the environment sharply as well as sounds. A great example of this sensitivity occurred in his duo improvisation set with Taku Unami (ErstLive 012) at AMPLIFY 2011 in New York, incidentally on the same day as the 10th anniversary of 9/11. 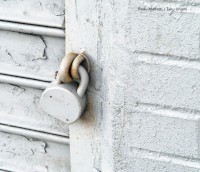 The set began in a contemplative silence. Unami lit a candle and stood it on the floor. His clicking sounds of a lighter in the silent room, a human gesture (not a machine noise), felt like an introduction to the intimate world of their duo performance. Unami barely made any sound after that, just casting some little moves of the nuanced shadows on the wall reflected from the light from the small candle. He was mostly hidden behind the cardboard box he built around the candle, so the only thing the audience could see was the shadows and lights reflected on the back wall. After a long silence (while I was fascinated with the subtle, nuanced moves of the shadows and lights Unami reflected on the wall), Malfatti made a very quiet, long, almost inaudible low-key trombone sound. It was a breathtakingly beautiful, solemn moment. Malfatti himself was invisible in the darkened room, and since his trombone sounds were so subtle, the sounds felt as if they were appearing from the darkness, and disappearing into the silence.

Even though the set consisted of extremely sparse sounds, the interaction between Malfatti and Unami stayed incredibly close throughout. The silences and the shadows and the very occasional sounds of Unami’s performance were perfectly matched with Malfatti’s silences and sounds. Malfatti’s trombone reflected the delicate movement of Unami’s visual work with its tones (I could imagine Unami’s play with shadow works just from Malfatti’s trombone), while Unami’s shadow/light reflections on the wall respectfully reflected Malfatti’s playing. The sounds Unami made were the clicking noises of his lighter (occasionally in the middle of Malfatti’s trombone sounds), cutting a cardboard box, building it up around him.

What impressed me deeply about this set was the humbleness of these two musicians who were paying close attention to the sounds and the silences that were born in front of them in this moment. The calm yet intimate interaction between the two musicians gradually filled the room with a solemn, soothing atmosphere. While being humbly meditative, it also sounded like a minimal/abstract sound collage in which small fragments of 9/11 memories (sounds of fire sirens, sounds of footsteps and coughing, crying voice of a baby – all coming from a distance) happened around them by chance. On this night when many people in New York were sharing an intense memory, Malfatti and Unami seemed to spotlight the silence and the environmental sounds from the streets by keeping their performed sounds to the minimum, allowing the audience’s mind to resonate with the vibrations of the city at a deep level – as if they knew that sharing this calm, peaceful tranquility in this moment was what could help to heal the memory of 9/11 most.