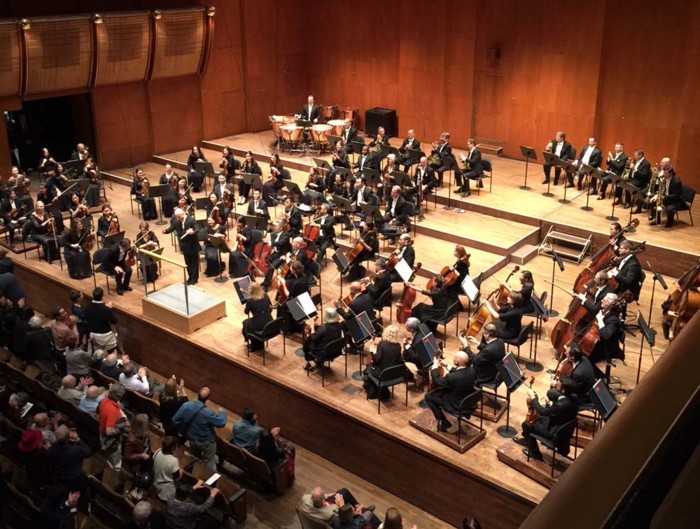 On Thursday, the first half of The New York Philharmonic concert under the baton of Estonian conductor Paavo Järvi opened with Esa-Pekka Salonen's 1998 composition Gambit (revised in 1999), the NY premiere of a nine minute piece for a large symphony orchestra of overture character. In this short piece, a few archetypes emerged in various different formations and circumstances to unfold thrillingly intertwined layers of sounds. It began with soft sounds of simple tones on the pentatonic scale, penetrating the air like fine rays of light to create a serene atmosphere, gradually growing into a translucent mixture of colorful chords. Järvi brought out clear sounds with a brisk tempo from the orchestra with his fresh approach. The vivid, sharp-pointed contrast in the passages between pianissimo and fortissimo was striking - evoking in me a sparkling northern European sunlight swiftly changing its brightness and softness while reflecting on the vast water surface of the Baltic Sea (which mesmerized me once when I saw it from the Kiel harbor). The rich sounds of the string and the brass sections conjured the fullness of the water of the sea - filled with vital spirit, evoking lively dances of cheerful water nymphs. The imaginative power in this nine minute piece of Salonen's was dazzling. The surging waves of the bright sounds expanded vigorously in several passages, but not with heaviness or massiveness at all - instead with a light clean texture with Järvi’s clear-cut conducting, which elegantly united the entire piece into a silky flow.

The Salonen's piece, which swept through the hall with its northern European coolness, was a perfect overture for Norwegian pianist Leif Ove Andsnes' performance of Rachmaninoff's Piano Concerto No. 4. Crystal-clear tones of Andsnes' piano highlighted the cool, translucent texture of the orchestra's sounds with natural touches. His rhythm and tempo were as sharp as Järvi's conducting, creating a perfect chemistry with the orchestra throughout the piece. His solo in the second movement was breathtaking - so intimate and unpretentious that it felt as if he was playing the piano for his close friends at home. After the coolness of Andsnes' piano sounds breathing in the ethereal air, in the last movement, the orchestra swelled up to a vast expanse of music with a poignant coda which reminded me of Shostakovich's symphony, surging toward a spectacular ending. 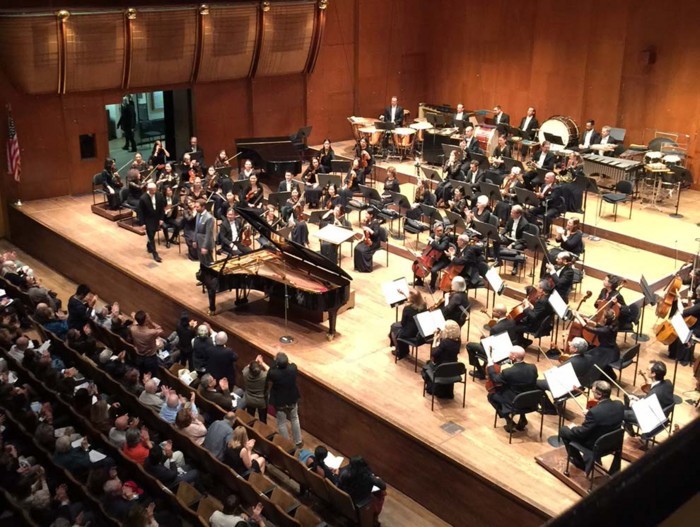 In Sibelius's 5th Symphony, in the last half of the concert, Järvi surprised me with a fresh liveliness which I did not expect from this rather unpopular Symphony. His fast-paced conducting brought out crisp and vibrant sounds from the New York Philharmonic, blowing away all the extravagant phrasings and old-fashioned soundings from my memory like an exhilarating sea breeze. It sounded completely different from the past recordings of other conductors/orchestras I had heard before. The brass instruments’ solos were incredibly graceful, reminding me of the polished, silky tones of the brass section of the Orchestre de Paris - which I heard before with Järvi’s conducting on some CDs. While changing the textures of sounds from extremely delicate nuances like in the slow movement of Mozart to uplifting beats like in the scherzo of Beethoven’s symphonies, Järvi navigated the orchestra freely with his pliable, precise conducting, and the orchestra responded to him briskly. The resulted music was deeply compelling with the essence of the piece directly touching our hearts, filled with earnest intensity and sincerity of the conductor and the musicians. In this performance, Järvi and the orchestra liberated this Sibelius' 4th Symphony from heaviness and excessiveness of the old era, while extracting the maximum lyricism of the Romantic music very clearly.

Although these three pieces are rarely heard at classical music concerts, the program of the day was one of the most exciting sets of music that I have experienced live. Salonen's nine minute piece cleared the air and filled the hall with a cool breeze, accentuating the contemporary freshness of the two subsequent early-modern compositions of the Romantic composers. The birth of music does not mean just the moment when a composition was made by a composer, but also the moment when a fresh interpretation of a conductor and a perfect realization by the orchestra stun us with its freshness - like Paavo Järvi and The New York Philharmonic did on this day.