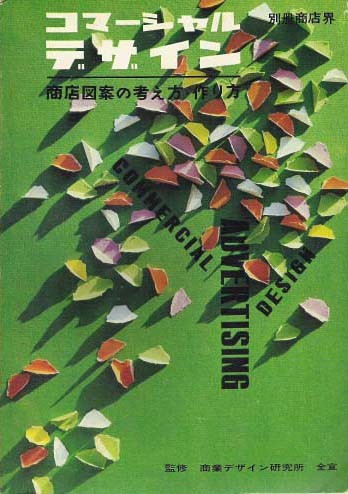 This is my dad's design tutorial book which was issued in Japan in 1966, titled 'Commercial Design: How to Create Store Design and Layout'.

I found this last issue at an online used book store and got it, since the one my dad used to have was unfortunately discarded by my family when he passed away seven years ago. The book was just delivered to my old home in Japan, one week before the seventh anniversary of my dad's death, and in the middle of the Bon holiday ('Bon' is a Japanese Buddhist custom to honor the spirits of one's ancestors).

I saw this design book when I was a little kid, but have never read it seriously since then, so I am really looking forward to seeing it. I had never learned anything about design from my dad when he was alive, but I feel that his influence is always here to help me in doing design.