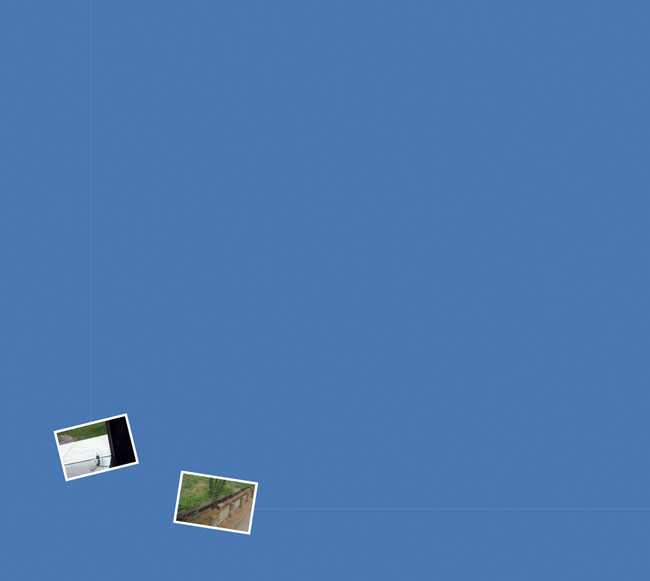 When I visited my family in Japan two months after 3/11, I noticed that the air was obviously different from what I remembered. Wherever I went out for a walk on the familiar streets or got on the trains, I could not help realizing that there was always a thick filter of something I had never sensed before - a feeling of an invisible wall of radiation between the landscapes and me. This tense feeling followed me everywhere I visited, and I realized that I would never be able to enjoy the nature in Japan with that old cheerful, relaxed mindset again without having this alert feeling always surrounding me. The wind, the rain, the family picnics in the park, spending my alone intimate time with nature by lying on the grass and walking in the woods that I used to love, now felt like something that had already been lost in my life. I would never be able to enjoy these things again in the same innocent way as I used to do. They seemed to now all be in the past. I kept having this strained isolated feeling between the nature of Japan and myself even after I returned to the U.S. The thick invisible wall or filter was always there whenever I recalled the nature scenes, which were now found farther away only in my old distant memory of Japan.

It was only after I listened to 'crosshatches' several times that I finally saw this filter in my mind clearly. The heavily processed sounds of the field recordings (some of them recognizably recorded in Japan) were perfectly synchronized with how I felt about my lost nature experiences in Japan. The scenes were vaguely there in the very far distance, but were still vividly memorized in my mind however deformed they were now, and could be recalled as what they used to be even through the thick filters of transformed sounds. I once thought that I had lost the intimate rapport that I used to have with the nature in Japan after 3/11, and that I had lost it forever. But I found it again on this 85 minute work of sound art composed by Michael Pisaro and Toshiya Tsunoda, through the thick filters of the heavily processed field recording sounds, patched together with sensitive layers of sine tones that have been mixed in a perfect timing and intimate manner - as if they were interacting with the field recording sounds somehow telepathically (or as if they heard the inner voices of the nature and echoed them in the sine tones). When the thick tense filters in my mind and those in this piece are overlapped, the sense of separation disappears in my mind and I feel wrapped inside a deep comfort. The intimate time with the nature is back and I can experience the old familiar scenes again, standing in a different dimension from reality.

To me, 'crosshatches' is not just a great sound work of two of the extraordinary musicians whom I respect most in the world, but also a solemn requiem for my lost nature experiences from old Japan, which will stay in my memory forever.